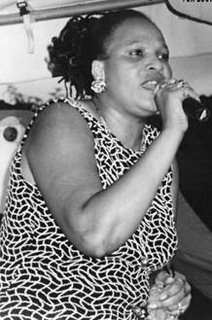 I usually don't post on weekends but I saw a request for some Sister Nancy and have decided to answer the call. Sister Nancy has the distinction of being the first female DJ on my blog and now she has the distinction of being the first artist who I'm revisiting. If you want to read a little background on Nancy be sure to look up my previous posting - if not scroll down to the link below for 3 tunes which I've put up for your listening pleasure! I do have the one album she released "One Two" but I have never ripped it to MP3 - hopefully I'll get around to it one day! In the meantime enjoy a couple singles straight from good ol' Jamaican vinyl! 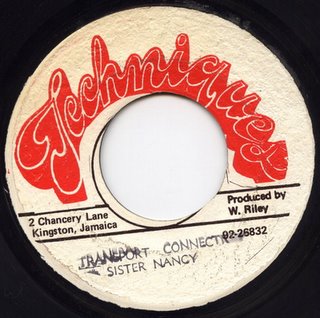 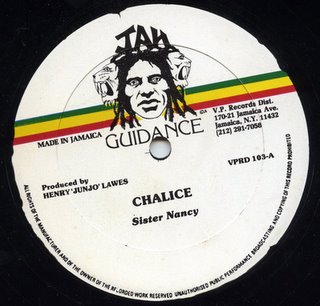 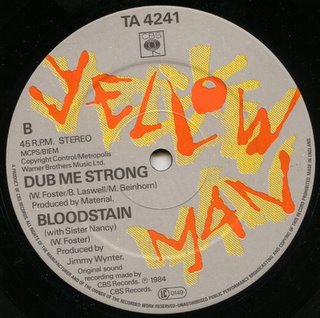 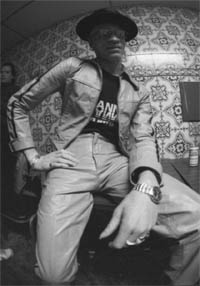 It’s good to be back! For your listening pleasure I present 5 early Yellowman singles that I think you’ll dig! This will probably be the first of many presentations of Yellowman’s singles – I’ve got Yellow comin’ out my ears! You’ll find them below…

Are you still with me? Good. I wanted to take this opportunity to proclaim my admiration and respect for Yellow AKA Winston Foster. Reggae history revisionists like to downplay the significance that the albino DJ had on Jamaican music and reggae’s acceptance worldwide but I will stand up now and proclaim at the top of my voice… Yellowman is the greatest DJ in the history of reggae music! I know many disagree and think the title belongs to U-Roy or Brigadier Jerry or Dillinger or Lone Ranger or Charlie Chaplin or Beenie Man or Trinity or Prince Far I (I actually have a 7” from Far I where he goes on a 3 minute, narrow-minded tirade insulting Yellowman for being an albino which I’ll share at a later date – so much for the ol’ Prince being a peaceful and upfull Rastaman huh?)… I could go on for days, but I stand firmly by my proclamation! If you disagree or have had limited exposure to Yellowman’s talent at riding riddims have a listen! The man had/has an unlimited talent like no one else and I’ve yet to find any early Yellowman that I don’t like – and I’ve got a shelf in my record collection devoted to him! I’ve also had the opportunity to talk with Yellow at length on a couple occasions after some local shows and the guy is the most down-to-earth, friendly man you could ever meet!

I realize that the vast majority of his current releases can’t and don’t recapture his former glory but he deserves the respect he’s due! I think many try to minimalize his catalog by stating he was too slack (vulgar) but if you fall into that category you obviously haven’t listened enough! His sexually explicit lyrics and tracks are so few and far between it’s unjustifiable to label him as a DJ dealing only with slackness. The man was crowned the King in the early 80’s and I think his title should stand out of respect for what he did for Jamaican music. Long live the King!! 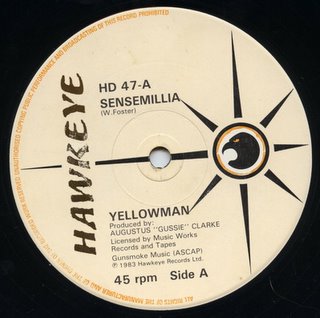 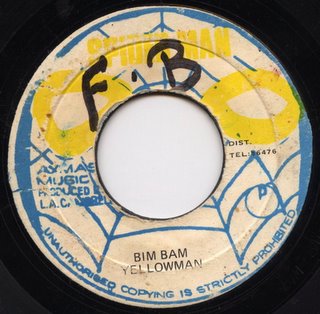 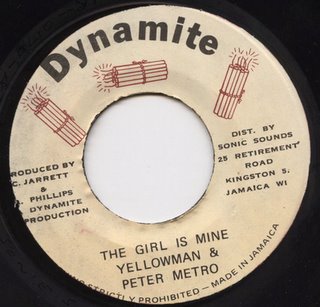 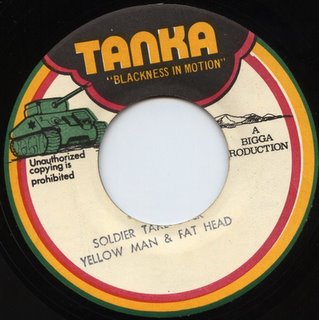 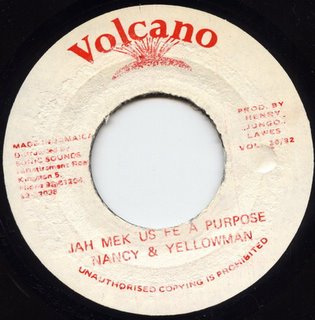 Yellowman.Zip
Posted by John AKA Reggaexx at Thursday, February 23, 2006 5 comments: 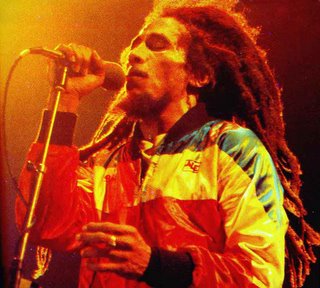 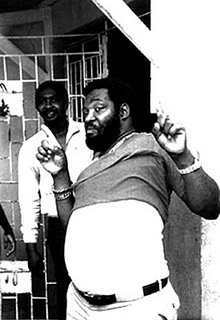 Josey Wales (born Joseph Sterling) began DJing in 1977 on the Roots Unlimited Sound System and obviously took his name from the wildly popular Clint Eastwood film "The Outlaw Josey Wales." After a successful stint with U-Roy's King Sturgav Hi-Fi he eventually joined forces with Junjo Lawes in 1982. His first hit "Leggo Mi Hand" or sometimes called "Gateman" and a string of successive hits catapulted him to the forefront of the DJ Business and established him as a serious contender for King Yellowman's throne.

I am sharing three Josey tracks that I think you'll dig... The first is the 12" of "Love Mi Have Fi Get" on Volcano, again including the Radics version. The second track is a 7" on the Junjo exclusive Arrival label called "Three Blind Mice." The third is another 7" on the Volcano label called "Bouncing." Enjoy! 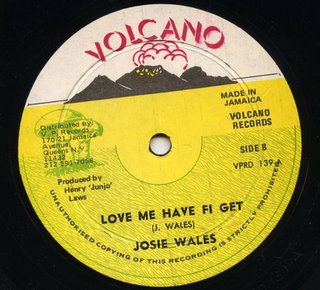 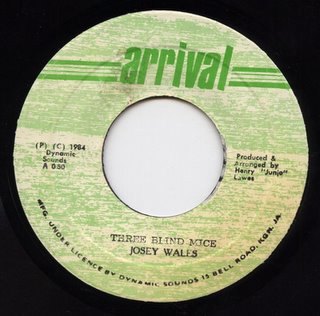 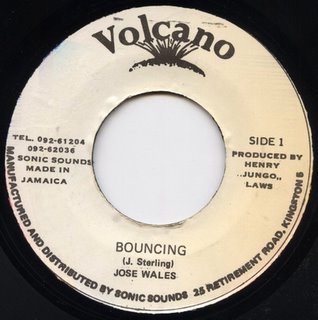 Posted by John AKA Reggaexx at Thursday, February 02, 2006 6 comments: