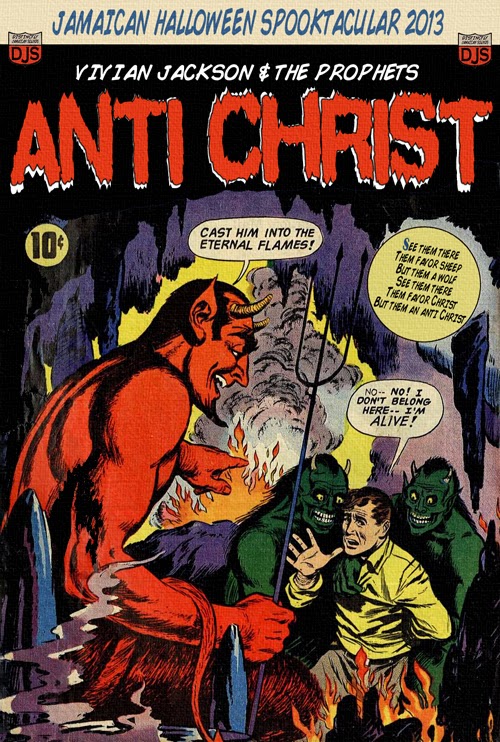 Short and sweet... Much has been said and written about Vivian "Yabby You" Jackson and his masterful productions in the early 1970s but today's spooktacular tune speaks for itself.  "Antichrist" is simply a brilliant piece of work by Mr. Jackson that works well on so many levels, whether it be lyrically, musically or rhythmically, it just sounds and feels perfect.  I have the original 7" on the Vivian Jackson label but unfortunately it has seen better days, so I borrowed this track from the 1997 Blood & Fire release Jesus Dread with all of its fidelity intact!


Vivian Jackson & The Prophets - Antichrist
Posted by John AKA Reggaexx at Thursday, October 24, 2013