Christmas Is Coming And So Is The Christmas Mix 2007

Don't let the recent scarcity of posts scare you off... I've been hard at work on Ebay, Ernie B's and various other record sellers on the net compiling some new tunes to give your Christmas season a big of "island spice" so to speak. I'm taking the time out today, on my birthday no less, to let everyone know that the mix is in the works and you should expect to see the first chunk of 10 songs sometime next week.

I also wanted to take this space and vent about sellers on Ebay who can't deliver items you've purchased in a reasonable time frame. I won an auction for one album on November 12th and as of 1:00 this afternoon on November 30th, it still hasn't arrived at my door! I bought a couple albums from a guy in Japan a week later and received them earlier this week! This guy is in New York state... I could have walked there and picked them up by the time he gets off his ass and drops it off at the post office! I've been trying to work around the 2 tunes that are enroute but I'm getting pissed that I haven't been able to rip them and cram them into their slots. Oh well, I guess I could pick 2 other songs but I'm holding out hope for a Yuletide miracle with the turtle-paced U.S. Postal Service!
Posted by John AKA Reggaexx at Friday, November 30, 2007 2 comments: 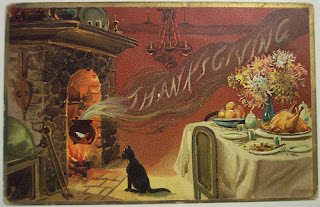 For those outside North America who are unfamiliar... the Thanksgiving holiday tomorrow is probably the purest and heartfelt of all we celebrate. A holiday devoid of outside commercialism and solely intent on serving as a day for us to pause and reflect on the blessings we have in the company of those we love, all the while stuffing ourselves with our traditional Thanksgiving feasts. I on the other hand have got to work again, for the 11th year in a row, but that's another issue that we won't get into today.

I sincerely recognize the blessings in my life and I thank God on a daily basis for what he has given me - a roof over my head, food, a wife and two fantastic kids... I couldn't ask for more, though I sometimes have to stop myself from lusting for things that are out of my reach. I'm working on that.

Outside of gorging on turkey and sweet potato or pumpkin pie... (I prefer the latter though there are those who can actually make a clear distinction between the similar flavors. They will also proclaim their yam based desert as the champion of holiday confections and are perfectly willing to put their lives on the line to defend its honor, but that too is another issue)... Thanksgiving is also the time of year that a lot of good hearted people recognize those who are less fortunate and for me the cyclone in Bangladesh is what's weighing heavily on my mind this year. Now I'm not one to get political or outwardly vocal about social causes but, for Thanksgiving this year I've made a donation to UNICEF because as news headlines have reported, nearly half of those affected by this natural disaster are children with an estimated 400,000 under the age of 5. I have a weak spot for children because of their understandable inability to fend for themselves and their sadly unfortunate vulnerabilities in times of need.

But enough about that... I know you don't stop by here to listen to me plug humanitarian organizations or listen to my preaching, you come here for Jamaican music and that's what you're gonna get today. A mix of songs that recognize the need to give thanks... something we should all take time to do every now and then, no matter where we're from or what we believe.

...perfect mellow listening for the 3 to 12 hours in the car, waiting for the holiday traffic to move, on your way to dinner at Grandmother's house.

General Echo's Cutting Us Some Slack 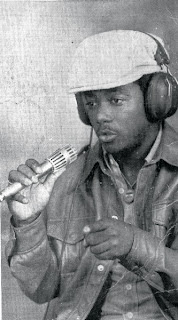 Now that Halloween is over and I've taken sufficient time off I figured it's about time to get off my lazy ass and get back to blogging and boy do I have a treat for you! We're going to take a slight right turn from the usual roots and culture lyrics I try to present here and get a little slack, or vulgar and or risque to those who are unfamiliar with the term. Today I'm featuring a mix of tunes from one of the most talented DJ's to ever pick up a microphone and though some may find his overt sexual themes a little harsh or inappropriate, his talent in delivering them actually transcends the subject matter.

General Echo AKA Ranking Slackness was born Earl Anthony Robinson on August 12, 1955 and because time is tight today I'll defer to the Guinness Who's Who Of Reggae to provide us with some background... hey c'mon you can't expect me to jump back in with both feet, we've got Christmas coming and I've got my work cut out for me putting together this years Jamaican Christmas Mix 2007! But I digress...

"Echo was one of the first to challenge the predominantly 'cultural' approach of the majority of mid to late 70's DJs, and his influence on the upcoming DJs who made it big in the 80s was profound. He was one of the first DJs to be heard and fully appreciated on yard tapes as he tore up Jamaica on his own Echo Tone Hi-Fi set (he initially made a name for himself by chatting for the Gemini, Stereophonic and Ray Symbolic Sound Systems) and his preference for slack lyrics, particularly his timing and tone of voice, were very popular and widely imitated. Echo felt no compunction about stopping the music altogether if the vibes were right in order to tell a joke or two - a facet which endeared him even more to his followers."

On November 22, 1980 the Kingston police force stopped a car General Echo was riding in and opened fire, killing him and two of his Echo Tone Hi-Fi crew. The cops never offered a decent explanation of why the shooting occurred but because of their, if you'll excuse my language for a word, fucking itchy trigger fingers the world was robbed of a talent who hadn't even begun to fully flourish.

Now this mix isn't quite as long as you've probably come to expect here but it's nearly an hour... besides I wanted to save some of the General Echo for the Culture Versus Slackness or Good Versus Evil rub-a-dub clash that I'm putting together for 2008. Here's what you're gonna hear...

First up in the mix is the song "Titanic" which originally appeared on Echo's 1979 album Rocking & Swing on the Manzie label but comes to us today from the 2007 CD release Teacher Fe Di Class on Steve Barrow's new Equalizer label. I of course went with this version because it's a lot cleaner than the nearly 30 year old vinyl. Second we have the tune "Answer The Telephone" from the aforementioned Rocking and Swing LP... it is also available on the Teacher Fe Di Class release but I didn't to mix it up a little. The third tune is borrowed from a 1980 12" single on the Cha Cha label called "Sister Sue" and features the sweet vocals of the man called Madoo. Next up is "Angelina" from the 1978 LP called People Are You Ready on the Ballistic label. The odd thing about this album is that it is credited to Prince Mohammed on the sleeve and on the label but it only features one song actually performed by the Prince. Now this is where things start to take a turn for the blatantly slack... "Bathroom Sex" from the 1980 Greensleeves LP 12 Inches Of Pleasure produced by my main man Henry "Junjo" Lawes. I'll leave the subject matter to your ears. Echo's AKA Ranking Slackness gives us the sixth tune in our mix. This one is called "Give Me One Of Your Gal Friends" from the Winston Riley production on the Techniques label called simply the Slackest LP. Going back to the Teacher Fe De Class CD for better sound, and also originally appearing on the Rocking and Swing LP is the song "Foxy Mama." I love this tune, Echo's delivery is masterful! "Africa Rocker" from the Prince Mohammed credited LP People Are You Ready is the eighth track in the mix. Up next is a 12" single on the J&M label called "Occupation" followed up by a wicked version that I think you'll dig... I played around with some effects on this so please forgive me if I went overboard. We hop back to the Rocking & Swing LP for tenth track and a tune called "Self Praise." Finally we wrap up the mix with another 12" this one is one of General Echo's biggest tunes, a tribute to martial arts superstar Bruce Lee called "Drunken Master" and the dub version "Round The World" recorded by George Phang on the Island label.

I've always wanted to be a bad ass and use a parental advisory label and now I've got my chance.