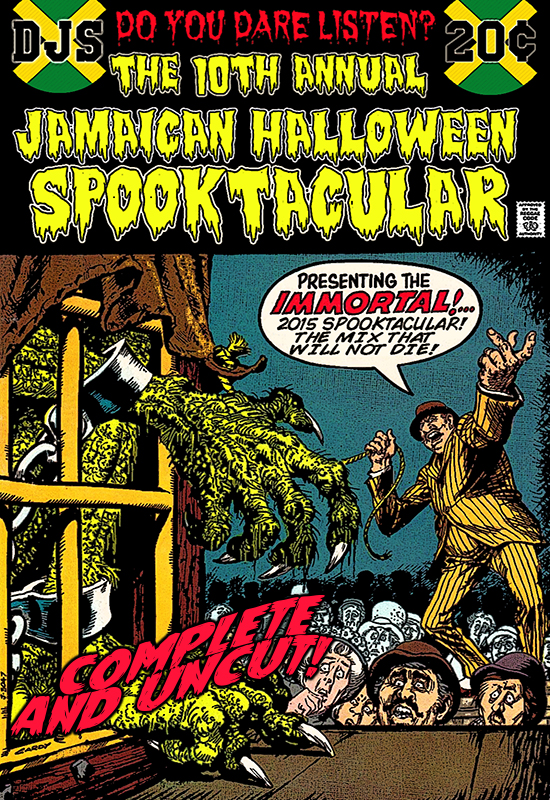 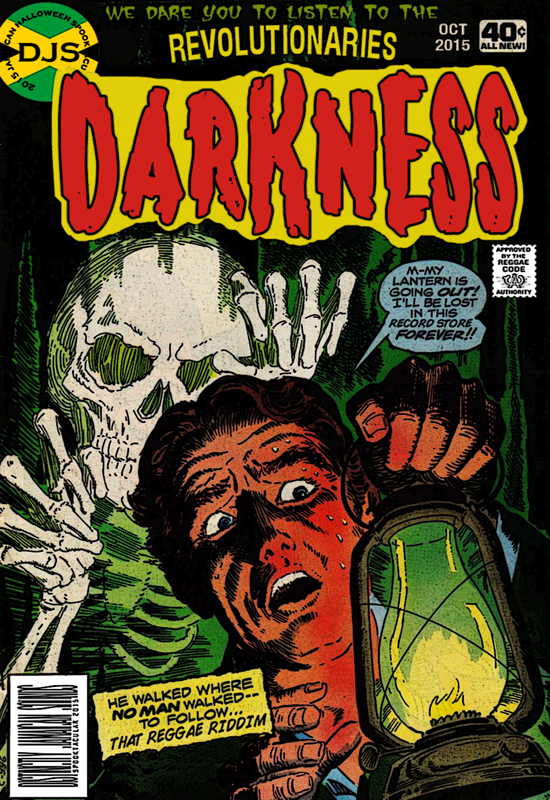 And it all comes down to this... the twenty second and final track in the 2015 Jamaican Halloween Spooktacular... it's a little number by the Revolutionaries called appropriately enough, "Darkness."  This song and the album called Phase One Dubwise Volume 1 & 2 is a collection of dub sides cut by the Revolutionaries at Channel One and/or Joe Gibbs' studio and exclusively mixed by Channel One's Ernest Hookim circa 1978.  The album is basically dub versions to a heap of tunes produced on Roy Francis' Phase One's label and released in one big delicious lump.

Now I decided to go all out on this final tune... what you're going to hear is the "extended version" of "Darkness" complete with Basil Rathbone's complete reading of Edgar Alan Poe's classic The Raven. I wanted to end the tenth annual Spooktacular with a bang and this one I think fills the bill rather nicely and clocking in at 10 minutes, it is definitely the longest track I have ever spookified on here.  I hope you enjoy it!

And with the last track just a mouse click away, I wanted to thank my friends and contributors here for a job well done!  So to Teddy Garcia, Reverend Tom Frost, Sam Votsis, Bobby Bobson, Brian "Uncle Fee" Schaffer, Nate Taiapa, Toby Gohn, Mark Williams, Nick Jones and Gordy Robertson, I can't thank you guys enough for humoring me and providing the facts for this yearly wacky project!  You guys definitely made it a lot easier for me and it was great getting varying perspectives on the tunes contained within!  I also want to thank my man Roger Wilkerson for doing the covers again - I can't thank him enough for the effort he put into these works of art and a Spooktacular wouldn't be complete without your visual embellishments!  Finally, I want to thank those of you who left comments and likes over on Facebook... it's your appreciation and kind words that makes this major undertaking seem worth the effort!  It truly is a labor of love and I hope that shows!

Tomorrow is the big night and again I am taking on trick or treat duties and again I wouldn't want to do anything else!  We've got a Martian, a Dracula and a Guy Fieri this year (lol)... sadly my oldest daughter has aged-out and is no longer a part of the Halloween night mob.  So whatever you've got going on this Halloween be sure to have a great time and please for the love of God be safe!  Much love my friends and Happy Halloween!!

Oh and before I forget... the complete unedited Spooktacular will be up at midnight, just in time for repeated playing all-day on Halloween!
Posted by John AKA Reggaexx at Friday, October 30, 2015 3 comments: 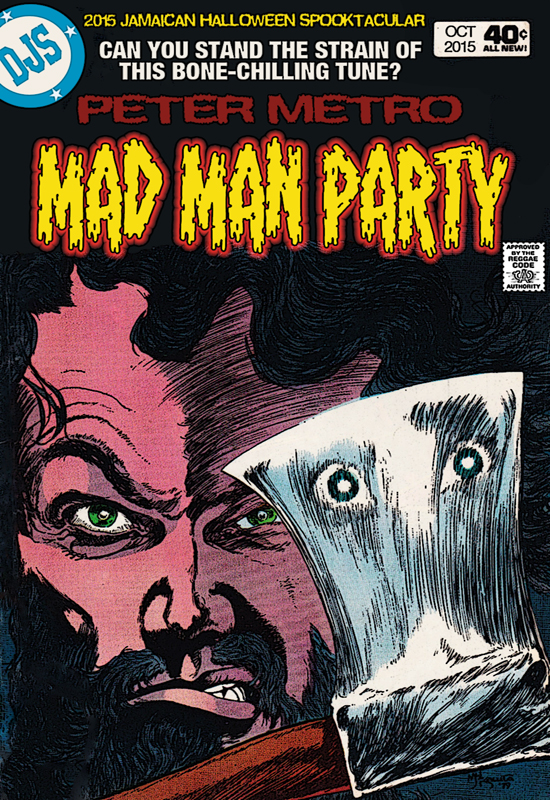 The thin line between sanity and insanity is one that hopefully many of us never step over.  In this day and age, treatment of mental health disorders is not a laughing matter and since I'm not a trained psychiatrist or even a licensed therapist I won't get into specifics because quite honestly, that goes beyond my scope of understanding.  God knows how I was able to bullshit my way through Sociology when in college because trying to understand the human mind and the dysfunctions of such is enough to personally drive me insane.  Regardless, where would the modern horror film be without homicidal maniacs?

Let's get to today's tune!  "Mad Man Party" is the twenty-first, and second to last track in the 2015 Spooktacular and it's from one of my favorite early to mid-80s DJs Peter Metro.  Recorded and released as a single in 1986 on the 10 Roosevelt Avenue label and produced by Harry "Harry J" Johnson.  This tune, like a good deal of Peter Metro's early work, is definitely meant to be comical and takes a decidedly lighthearted tone in describing the unsettling behavior exhibited by some of the patients at Kingston's notorious Bellevue Hospital...

"I sight a mad man drinking ink and glue
who wears two plastic bag and say them shoe
I sight a mad man who eat bamboo
it look like cane but it hard to chew...
Search through the garbage when you feel hungry
eat a rotten mango and a dirty patty
Sleep anywhere when you feel sleepy
talk to yourself when you get lonely
Wear up your clothes until they get dirty
walk naked inna Kingston city..."

The introduction and the "maniacal laughter" embellishments on this track are courtesy of one of Amicus Studios' best horror anthology films, Asylum from 1972.  I discovered this film last October when I scooped up as many of the Amicus films on DVD for some marathon viewing and this was one of my favorites and I had filed away the bit of dialog in the back of mind for a future Spooktacular that required something madness related. 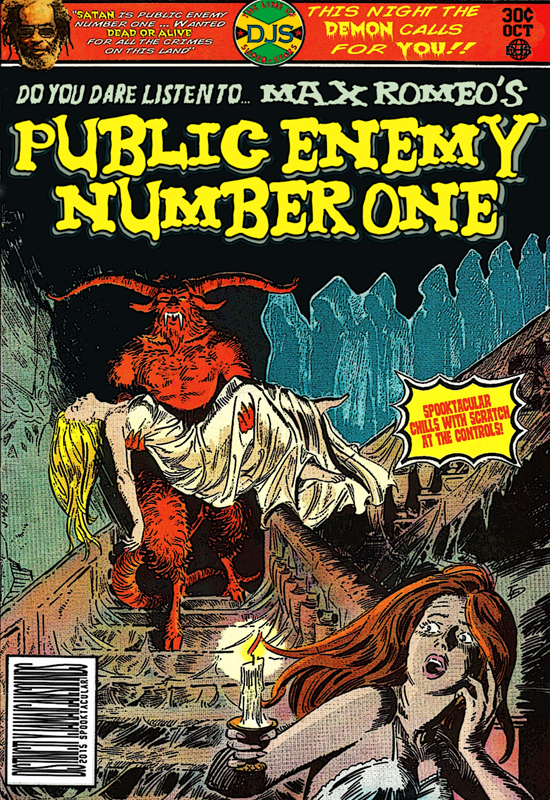 Gordon "Big Gordy" Robertson, based in Barnsley England is a top-notch selector and DJ of Jamaican music from Ska to Reggae, as well as Northern Soul and even R&B!  Gordy has an extensive knowledge of damn good music and a completely enviable record collection.  Gordy has helped out with other Spooktacular tracks in the past by providing me with an MP3 of the "Adams Family Theme" by the JJ Allstars, a tune in which I had been fruitlessly trying to locate for years but never actually had an opportunity to wrap my ears around.  When the spirit hits him he updates his DJ GreedyG's Foundation Selections Podcast - you can check it out here! Thanks Gordy!!


"Max Romeo - Public Enemy Number One. Released on "Truth" in 1971 in Jamaica. An early roots outing for Lee Scratch Perry and Max Romeo, who would work together many times over the years (resulting in tunes like the great Chase The Devil and Melt Away). Riddimwise it's a very close relation of Eric Donaldson's "Cherry Oh Baby". Max "buns fyah pon Satan" and hints towards the final battle between good and evil in the lyrics." 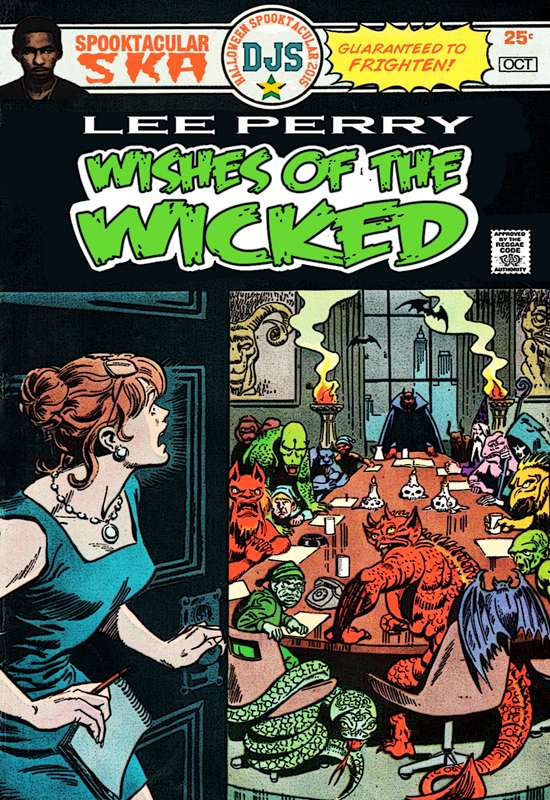 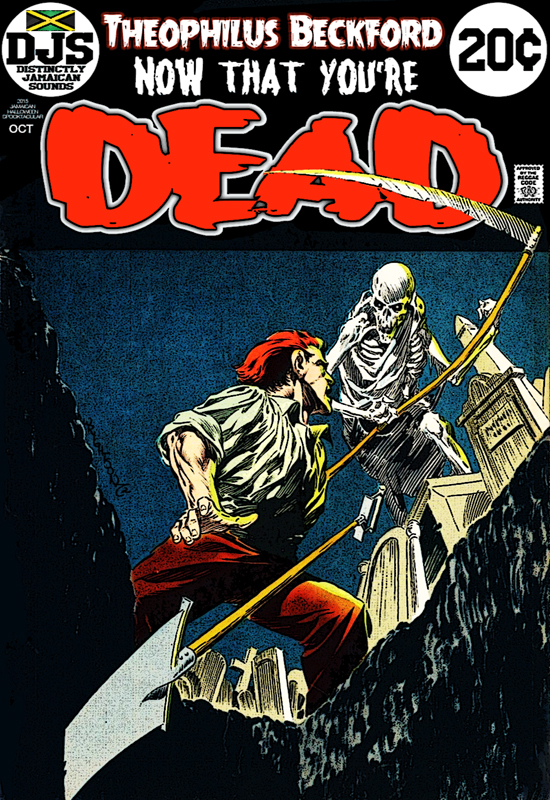 Mark Williams AKA The Kaiser, is the driving force and one of the originators of Washington DC's preeminent reggae oldies night, DC Soundclash.  Mark is as knowledgeable as they come in regard to Jamaican music but his scope of musical appreciation stretches far beyond the Caribbean, he can often be found spinning his musical wares at the Marx Cafe and whether it's an obscure ska tune or a wicked piece of psychedelic pop, Mark is the man to get your feet moving!  Check out the latest scheduled Soundclash or any of the multitude of other shows Mark has got going on by checking out DC Soundclash here!  Thanks Mark!


"It's hard to say if "Snappin" Beckford is singing about death literally or figuratively here, though one suspects the latter. We might have indirect duppy contact, in other words. I was initially going to assume that Beckford was lashing out at his erstwhile employer Coxson Dodd, who vampirically sucked him dry for his song-writing talents and rewarded him sparingly. But a woman and ex-prisoner are sourced into the lyrics, and those mercurial and beguiling saxophones playfully conjure up a sauntering ride that is more bemusement than anger or fear. No, this is actually a warning to the foolish, buried or alive." 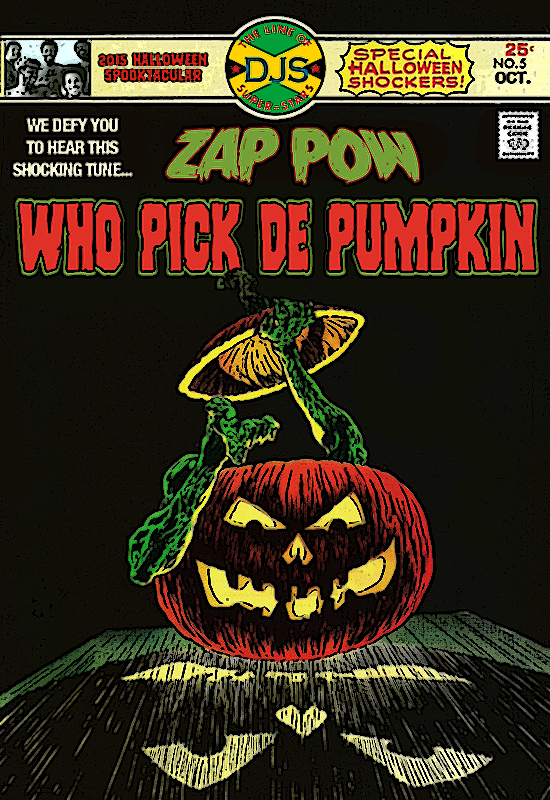