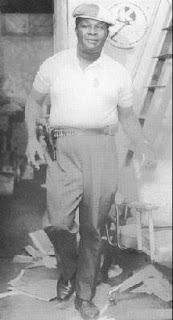 Here's the second part in my "Producer Tribute Series." This time I'm serving you a hearty helping of Duke Reid for your hungry ears. During the last couple months I have had an insatiable appetite for anything related to Reid's rocksteady/early reggae productions and originally released on his Treasure Isle label. Don't get me wrong I find comfort in nearly all eras of Jamaican music but this music has consistently lifted my mood numerous times throughout the years and I thought it was about time to pay tribute to one of the true greats!

As I did with the Leslie Kong mix, I've spared some time by not researching a lot of background information and I didn't even attempt to try and chronicle all the hit songs that flew out of the doors of 33 Bond Street.

But instead of going the quick Wikipedia route I wanted to share some sentiments found inside the liner notes of some of the Treasure Isle various artist CDs that I tapped to put together the mix...

"Duke Reid was a true pioneer in Jamaica. A colorful character that wore a bandoleer and carried a pair of pistols... who was a former police man and yet attracted some of the roughest followers to his sound system... whose wife's liquor store was stocked with bottles of alcohol and policemen. By all reports he dealt with artists well and they repaid him by giving him some of the greatest songs ever recorded in Jamaica. An era ended with his death in 1975 and his legacy has not received the proper examination it deserves. The legacy of Treasure Isle seems more important outside of Jamaica today than it does on the island where memory of the label's many hits has receded into the distant past. Maybe in the future this glaring oversight will be corrected so that Duke Reid can again receive the accolades he so richly deserves."

The second quotation comes from the liner notes to another Heartbeat compilation called "Treasure Isle - More Hottest Hits" released in 1994. This one is attributed to Karl Anthony from WLIB in New York...

"I started out as a DJ in Jamaica at RJR in 1968, but before that time I remember listening to the radio, I think every Saturday, and hearing "My Mother's Eyes" by Tab Smith and his Orchestra and then the Radcliff Butler voice saying "It's Treasure Isle Time." For the next half hour it would be nothing but side after side of Duke Reid's Treasure Isle recordings. I loved that music, and when I started working at RJR I actually got to meet Duke himself. Of course, we DJs always knew him as "Rings and Things." He never wore anything too far out, but he had a ring on almost every finger. Duke was one of the nicest men you could ever meet. His voice was soft and he always had a smile on his face. Always. As DJs we would see him on occasion, particularly around Christmas time. He would have us over to the liquor store and give us records and a bottle of liquor as a Christmas present. I don't drink, but I'd take it anyway. He was generous to everyone. I remember one time he had just given me some records to play on the radio. I had problems with a belt on my car and unfortunately I had no money. The mechanic saw the records in my back seat and asked what they were. I told him I had just gotten them from Duke and he said "I'll fix your car for the records." And he did. He wanted to be the first on his block to have a new Treasure Isle record. Today that wouldn't happen. I talked to Duke a couple of days later and told him that I had left the records in my car and something had happened to them. He just gave me replacements. He never worried about what he gave people, he just wanted them to have the records. So many great songs were produced by Duke Reid and the Treasure Isle label. Whenever I hear those great songs I always think of Duke Reid. The big smile on his face and the rings on his fingers."

On October 16, 2007 Duke Reid was posthumously awarded the Order of Distinction for his contribution to Jamaican music, 32 years after his death. Better late than never I guess...

Here's what you're going to hear...

A Tribute To Producer Leslie Kong 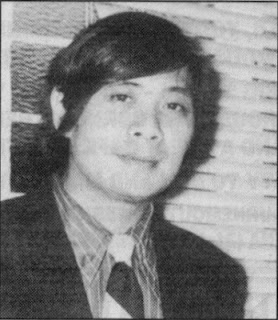 I know it has been awhile but I'm starting to see the "light at the end of the tunnel," so to speak, and will be able to post a little more frequently. To be honest with you all, I just haven't been able to find the motivation to get things rolling again and I hope this post will be the sign of better things to come.

I've been planning on doing a couple mixes to highlight two of Jamaican music's most important producers and two of my all-time favorites; Duke Reid and Leslie Kong. I have really been listening to a lot of both producers work over the last couple months and look forward to sharing my love for this music with you you. I actually did this as a coin-flip and because tails won Leslie Kong will go first.

Now I didn't do a bunch of research or compile all the hit songs into one mix, I just put some great tunes together for your listening pleasure. And... since I'm not doing a lot of research and sincerely fighting the urge to stay lazy I'll give you the Wikipedia biography...

"Leslie Kong and his brothers (Fats and Cecil) used to run a restaurant, ice cream parlor and record shop called Beverley's in Orange Street, Kingston. In 1961, he met Jimmy Cliff singing outside of his shop; this encounter led him to decide to launch his own record label, "Beverley's", and to record Cliff's first song "Dearest Beverley", thus launching his career.

In 1962, he recorded Bob Marley's first singles: "One Cup of Coffee" and "Judge Not," as well as Jimmy Cliff's hit, "Miss Jamaica". Kong, known in Jamaican music circles as "the Chinaman," quickly established himself as the island's leading producer of local popular music. Throughout the 1960s Kong kept recorded many Jamaican artists from ska to reggae through rocksteady and into reggae including Joe Higgs, Desmond Dekker, Toots & The Maytals, Derrick Morgan, John Holt and Stranger Cole. A wise businessman, Kong made from 1963 a license deal with Chris Blackwell's Island Records subdivision "Black Swan" label, then Graeme Goodall's Pyramid imprint and then with Trojan Records by the end of the 1960's.

Kong is also known for being the first Jamaican producer to get international hits with long-time collaborator Desmond Dekker, in 1967 with "007 (Shanty Town)" and above all in 1969 with "Israelites" which topped the UK Charts in April 1969 and went to number nine on the US charts in July 1969, selling over two million copies. During the early reggae period, he worked with Bob Marley again this time with his band The Wailers and enjoyed several successful hits with The Pioneers' "Long Shot Kick The Bucket," The Melodians' "Rivers of Babylon" and "Sweet Sensation". His work with The Maytals also led to many hits including "54-46 That's My Number" and UK top chart single "Monkey Man."

Throughout his career, Kong employed the best musicians in town as a session band under the name of "The Beverley's Allstars" including musical directors, Drumbago, in the ska era or Roland Alphonso during the rocksteady/early reggae times. Other artists who recorded at Beverley's include Ken Boothe, Bruce Ruffin, The Gaylads, Delroy Wilson and Peter Tosh.

Kong died of a heart attack at age 38 in August of 1971, after being allegedly 'cursed' by Bunny Livingston of The Wailers after a dispute over the release of an album entitled The Best Of The Wailers; the Wailers believed that the release of such an album was premature, saying that their best music was yet to come. Kong makes a cameo appearance in the film The Harder They Come, where he is seen overseeing a recording session with Toots & the Maytals."