A Christmas Miracle!! Thanks Bunnycounta! 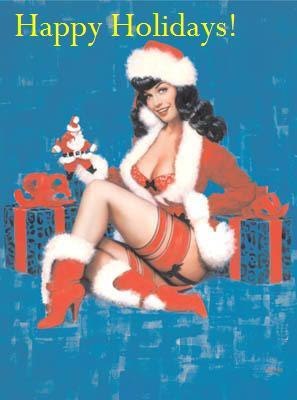 The 2009 Jamaican Christmas mix rises from the ashes of annoyance! Thanks again goes to Bunnycounta for providing me with the two tracks I had my heart set on to use from the Merry Christmas From Black Roots LP and thanks to the US Postal service which delivered 5 more Christmas 45s this afternoon! Let the mixing begin! I'll post the mix as soon as I get it finished!

I'm putting together the music for the Christmas Mix and I have hit a huge roadblock that jeopardizes the entire project... over the summer I bought a copy of the Merry Christmas From Black Roots LP hoping to utilize a song by Lui Lepke called "Christmas Season" and Sugar Minott's "While Shepherds Watch" - the first 2 songs on the A-side and I can't get the, if you'll excuse my language for a moment, fucking record to play without jumping and skipping all over the fucking place!!! I've tried all the techniques... weighted down the cartridge with quarters and nickels, adjusted weight on the tone arm, etc. but it will not play! DOES ANYONE HAVE THIS RECORD AND WOULD BE WILLING TO PROVIDE ME WITH A CLEAN, JUMP-FREE RIP OF THE FIRST TWO SONGS ON THE A-SIDE? I don't usually use the blog to request things from the readers but I'm ripping my hair out trying to get these two songs and I'm so pissed off right now I feel like shit-canning the whole thing!
Posted by John AKA Reggaexx at Monday, November 30, 2009 6 comments:

When I originally starting doing these mixes I had hopes that those unfamiliar with Jamaican music would grow tired of hearing Bobby "Boris" Pickett's "Monster Mash" 200 times in October and would give it a try. I was kinda torn because I felt like I was taking a music genre that means so much to me and cheapening it up by catering to "outsiders" by adding elements completely foreign and possibly strange to those "in the know."

But as the years have gone by I have realized that by doing these Spooktaculars I am in fact doing what I originally started this blog to accomplish. I wanted to show to everyone that Jamaican music is not all the same sounding, one-sided music only discussing topics of oppression and struggle that only appeals to a select few. It is a vibrant well-rounded complex musical genre capable of discussing anything and everything! Bob Marley may be well known by casual reggae fans for "Jammin'" and "3 Little Birds" but I think I have shown that he was just as capable of talking about conquering duppies or retelling the tale of Mr. Brown and the crows riding on his coffin.

I think I have finally figured out what my intentions are with DJS... read the comment I left below.
Posted by John AKA Reggaexx at Sunday, November 01, 2009 35 comments: