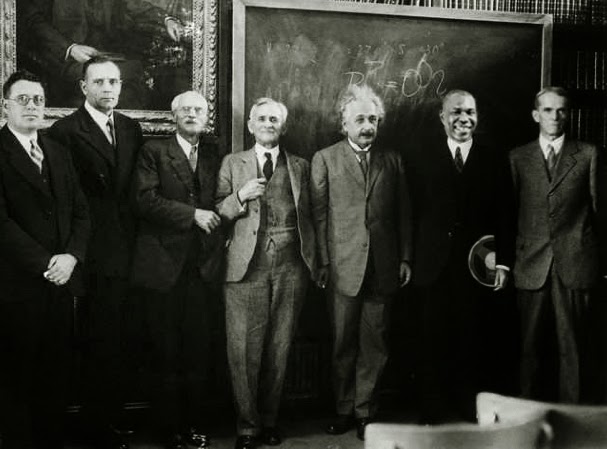 What started as my Cold War project last week has gone off the tracks... thing is, I got so into the dub that the Radics and Scientist were layin' down in the first track, the mix went off in a completely unintended but rather pleasing direction...here's what you're gonna hear!

We start the mix with a little "Dangerous Match 1" from the 1982 album Scientist Wins The World Cup on Greensleeves and segue into Clint Eastwood & General Saint's "Can't Take Another World War" from their '81 release, also on Greensleeves.  From there the dub started taking hold and I decided to throw in Johnny Osbourne's "Love Is Universal" from his 1982 Greensleeves album Never Stop Fighting and finally Little John's "Janet Sinclair" from the Greensleeves 12" also from '82.

We hop into the next riddim with a healthy-sized chunk of conscious vibes from Hugh Mundell and a little number called "Rasta Have The Handle" - originally released on his self-titled 1982 Greensleeves LP Mundell but lifted from a repressed Jah Guidance 10".  Scientist kicks it back dub-wise with "Dangerous Match 2" also from the aforementioned Scientist Wins The World Cup LP.

Wayne Jarrett is up next with a wicked tune called "Love In Mi Heart" which is taken from his 1982 Greensleeves LP Chip In.  We then slide into what in my opinion is one of the baddest dub tracks ever set down on tape, "Blood On His Lips"from Scientist's 1981 LP Scientist Rids The World Of The Evil Curse Of The Vampires, miraculously also on Greensleeves.

Another spacey Scientist track immediately follows "Blood On His Lips" and it's the tune called "Dematerialize" from another 1981 release called Scientist Meets The Space Invaders.  Sammy Dread hops onboard the riddim with a tune called "Follow Fashion," which comes to us from a wicked 1981 Greensleeves 12".

We give Junjo Lawes a break for the next couple by letting Scientist have his way with a couple Linval Thompson productions... first up, is a snippet of Scientist's dub called "Beaming" from a 1981 LP called Dub Landing on the Starlight Records label.  We slip into a smooth tune by the man Wayne Wade called "Suzie" and it was taken from a CD called Strong Like Sampson 80s Revive Cultural Collection on Jet Star and follow it up with Linval Thompson himself and one of my all-time favorite rub-a-dub tracks "Curfew" which I borrowed from my Jah Guidance 12".  Scientist of course rides out the riddim... just complete baddassery!

We hop back in with another Johnny Osbourne classic... this one is "Give A Little Love" and it also comes from his LP Never Stop Fighting.  Scientist rides it out with "Dangerous Match 7" from the Scientist Wins The World Cup LP.

Michael Prophet and Scientist go head-to-head on the next one... it's one of Scientist's more vocal-heavy dub tracks from the era and it's called "Your Teeth In My Neck" from the ...Rids The World Of The Evil Curse Of The Vampires LP and one of Prophet's baddest tunes called "Love And Unity" from his self-titled 1981 album on Greensleeves.  The two tracks blur the lines of what is the dub and what is the vocal but nonetheless they make a helluva combination.

Scientist effortlessly slides into the final dub track of the mix with a number called Round Three from the 1980 Greensleeves Big Showdown LP with Prince Jammy and we get a little vocal from Barrington Levy's 1979 Greensleeves release Englishman and a song called "If You Give To Me."

Like always, if you're diggin' what you hear, let me know!  I could easily get back into the mode to do another mix like this... I enjoyed putting it together and I hope you'll enjoy listening!

This is the first part of what I think may be a pretty involved theme mix... something along the lines of the yearly Halloween Spooktacular, full of sound effects, soundbites, etc.

For the last month, I have been watching a 24 part series on the history of the Cold War, so the subject matter has been on my mind... so the other day I was in the car and up popped the Scientist track and I immediately got inspired... The track, "Dangerous Match 1" track, taken from Scientist's 1982 Greensleeves LP Scientist Wins The World Cup, has such an ominous and evil sound to it that it inspired me to start putting this together. The Clint Eastwood & General Saint "Can't Take Another World War" is haunting and absolutely perfect in grimly conveying the mood that Scientist laid down!

This mix will give me the opportunity to throw in a bunch of "cold war era" audio clips that have been littering my hard drives for years.
Posted by John AKA Reggaexx at Wednesday, April 08, 2015 1 comment: 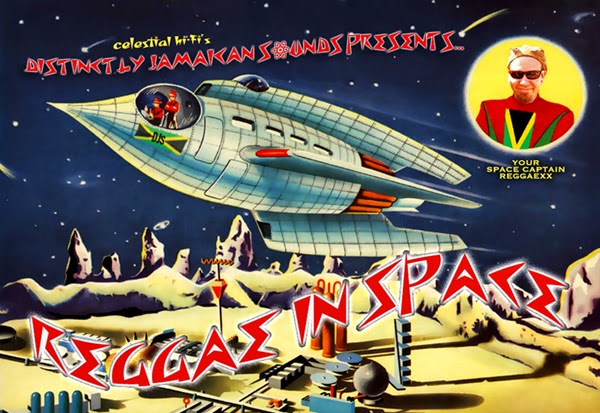 Since the early days of ska, when the United States and the Soviet Union were competing for space supremacy, the interest of man reaching beyond the planet that we all know as home has been the subject of many a Jamaican tune... especially in 1969, during the height of the early/skinhead reggae era when America put a man on the moon.  Now I'm not going to get into conspiracy theories about that event, I'm going to get into what you're going to hear!

So buckle up for a rocket trip to Venus and Mars because we're only moments from liftoff!

Reggae In Space
Posted by John AKA Reggaexx at Wednesday, April 01, 2015 No comments: