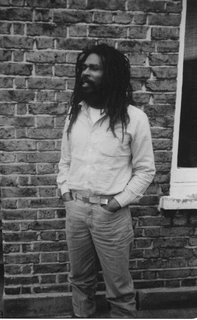 Gonna go a little more old school with this post… Bob Andy (born Keith Anderson 1944) was one of the original members of the legendary Studio One group the Paragons. He is one of those Jamaican artists who is relatively unknown to those outside of the “reggae circle” and it’s quite frankly, a damn shame!

So because time is limited and instead of having me waste a lot of space trying to compose a decent well-deserved write-up about the man, I will refer you to Bob Andy's official website. It provides you with all the information and background you could ever hope to compile on Mr. Andy in one central place.

I’m sharing today Bob Andy’s “Retrospective” - an album released on Heartbeat Records in 1986 which compiled some great tracks originally recorded between 1970-75. If you’re vaguely aware of his work give it a listen and I think you’ll agree that the man is sadly underrated. If you’ve never heard Bob Andy I think this should serve as a nice introduction to a talented singer and songwriter! Enjoy! 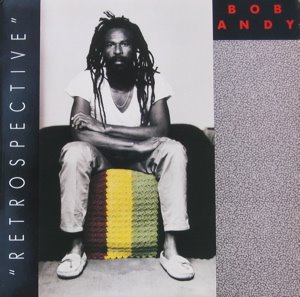 Oh what! Just this morning I was listening to "You Don't Know" which is one of my favorites by him. I don't have any of his albums though; just stuff on comps. I'll get my answer after I go to his page, but he's the same "Bob" that sang on the duets with Marcia Griffiths too, right? Hmmm...or maybe not. Time to go find out for sure!

Yup the very same guy - what a sweet sweet voice. A friend of mine saw him live recently and reckons his voice hasn't diminished with age.
Great share Reggaexx.
Thanks & Praise.....

Old days coming back nicely! Thanks for sharing!

What a fantastic collection. Bob has such a beautiful voice and vibe. Thanks!