A Couple Tunes From Dennis Walks 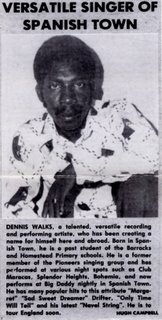 After reading the write-up about Dennis Walks on Schrikdraad I combed through my collection to come up with a couple more tunes from this sadly underrated and virtually unknown singer.

I came up with 3 tracks that I'm going to share with those who got a taste and wanted a little more! The first track is from an awesome CD from Heartbeat called "The Mighty Two - Joe Gibbs & Errol Thompson" and the track is "Navel String" - which gets a mention in the text beneath the photo which originally appeared in Jamaica's Week-End Star on September 17, 1976 (and was reprinted inside the CD booklet). The second track was produced by Junjo Lawes and released as a single circa 1982 on the Jah Guidance label. The third and final track is an absolutely killer version of Lee Perry's "Roast Fish and Cornbread" again with Junjo at the controls and released as a Greensleeves 12" in 1982. 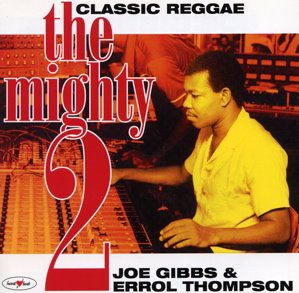 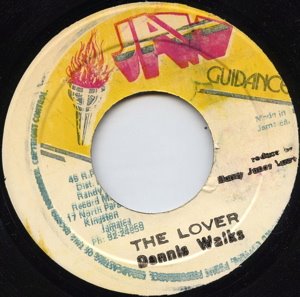 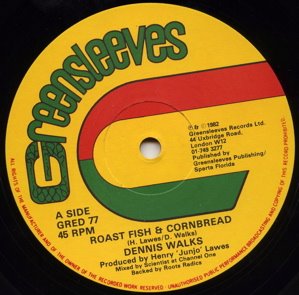 Dennis Walks
Posted by John AKA Reggaexx at Monday, March 27, 2006

Here are those mudie/Dennis Walks tracks. They come from various singles and albums:

Damnit - it's telling me the link is not valid!