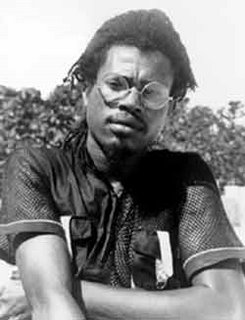 Brigadier Jerry (born Robert Russell) got started DJing, as many with a similar cultural fashion did, on U-Roy's King Stur Gav Hi-Fi. In 1978 he joined the Twelve Tribes of Israel and began spreading the message of Rastafari on the affiliated Jah Love sound system. Around the same time he did some work at Channel One and released a few singles but nothing that really shot him up the charts - he was more concerned with doing live appearances and spreading his gospel on vinyl wasn't his top priority. In 1982 he recorded for producer Delroy Stansbury and the single "Pain" was released on the Jwayanza label and became a massive hit. But as was his work ethic, Briggy didn't immediately follow it up with another hot selling single, he went back to work with a handful of sound systems.

In 1985, "Jamaica Jamaica," the first official Brigadier Jerry LP was released by Jah Love Musik - and it remains one of my personal all time favorites! Afterwards Brigadier Jerry began recording on a more consistent basis - voicing for Techniques and even producer George Phang around 1986. Sadly, for me personally, he never recorded for Junjo Lawes - that would have been wicked!

Brigadier Jerry may not have recorded as prolifically as other DJs of the era but what he did record was always great! His follow up album "On the Road" which he cut for RAS Records is often overlooked but a great set of tunes that seem to get better with age. His work with Tappa Zukie in the early 90's was also top notch and resulted in the album "Hail H.I.M." (even though the rhythms were all electronic)

Briggy is undoubtedly one of the most influential and beloved DJs of the 80's and beyond and his rise to fame mainly through the circulation of sound tapes and bootleg recordings goes to prove that cultural/spiritual/reality lyrics carry you a lot farther than a truck load of vinyl.

Now on to the music... I'm sharing 5 Brigadier Jerry selections today! But unlike previous posts I'm not staying with one era - we're ranging from '82 all the way up to '93 here! I'm starting off with the 7" single "Pain" on the Jwyanza label (please excuse the hiss - I got my copy from a guy who told me he found it inside a jukebox that was loaded with 80's era reggae vinyl!) Next in honor of Briggy's time spent with the sound systems, I'm sharing about 6-7 minutes worth of the live LP "Live At the Controls" recorded with the Jack Ruby Sound System. The third track is from the various artist compilation album on the Techniques label called "Stalag 17, 18 & 19" and the song is called "What Type of World." The fourth track is "Lyrics of Mine" taken from Briggy's 1990 RAS release "On The Road." The fifth and final track is the track "Jah D" produced by Tappa Zukie which I'm borrowing from CD instead of ripping from my vinyl copy - I've included a scan of the 7" label because it's a lot cooler than the lame cover on the CD! Hopefully there are some tracks here everyone doesn't already have - let me know what you think.

I'm not even done writing this and I'm already remembering a bunch of other music I wanted to share!! Oh well - maybe we'll have to go back to Papa Briggy at a later date and when I've got more time to get in depth! Soon Come! 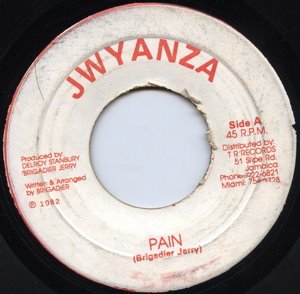 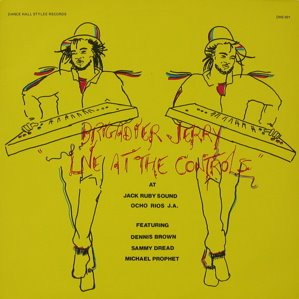 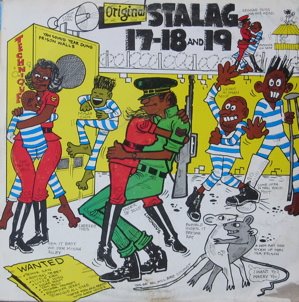 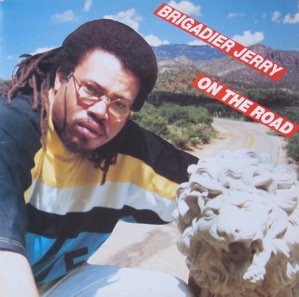 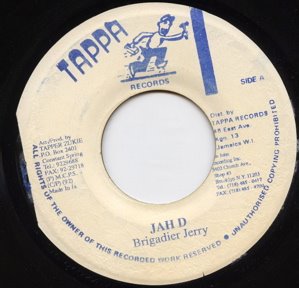 Brigadier Jerry
Posted by John AKA Reggaexx at Wednesday, March 15, 2006

Here's the single 'pain' again, but this time without hiss:
(and in a slightly better condition)

Thanks HH - I've had a hard time finding a clean replacement for my copy! I actually have 2 horrible copies - you should see the one I didn't share! :)

'What Type of World' and 'Jah D' are my faves. Hadn't heard 'Jah D' before... thanks a lot for posting those!

You're proving to me that no matter how immersed in reggae one gets there's always some hot tracks out there to be discovered.

Mi reggae fever running hot these days thanks to you, bredda.

Hey i - thanks for the kind words. Oddly enough, ever since I discovered these MP3 blogs (especially the ones that deal with reggae) I'm constantly amazed by how much great stuff I don't have. I've been listening to and buying reggae for 20 years and I always thought I had a pretty decent collection but now I realize there's a hell of a lot more to be discovered!

Glad I've been able to worsen your Reggaemylitis! :)

At the moment badongo is the only upload site I can use. uploads on other sites (like rapidshare ) would be deleted instantly ( by someone who owns headhonchohunter.blogspot.com ) sorry I can't do anything about it.

HH - I understand! This is the first time I ever had a problem with a Badongo download - so I appreciate you going through the trouble uploading it elsewhere!

thanks for your friendly words on my blog and big up to you for your great work on "Distinctly Jamaican Sounds". I regularly come back to your site for inspiration and skanking music!

You are a true connoisseur of Reggae music. Nuff Respect. I am definitely adding your link to my website www.duane-francis.com as one of my favourites!